TTIM: Things That Irk Me

I find this hard to believe - a) ange seems to run a pretty tight ship; and  b ) most of them play in Europe and China 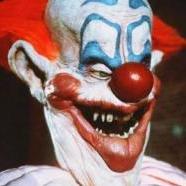 Don't forget the shit you do to make them happy like dressing up to surprise them at school during book week parade. wife tells you go! Every one including parents dress up on the day....it will

ITT: Hellenic Hero enjoys beating a possible child abuse victim at the only thing that allows him to connect with his father.