Can confirm I am actually a multi of @cadete. I secretly love the idea of being a dirty uneducated greenie hippie so I post through this account sometimes to let that side of me run free

Of course so long as if it's; - libertarian - pro-artificial sweeter  - anti-waleed ali - pro-death penalty for drivers that hit the Montague st bridge  - anti-JvS/JvS lite 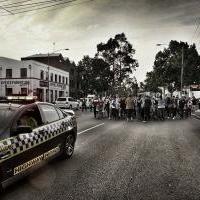