2-0 win, brace from Berenguer with 2 spot on crosses from Noone - just to shut up the critics.

I wouldn't be surprised that this could be a big challenge for us. Brisbane have been playing some good football and are no push overs. Although they're sixth they're only 3 points away from second sp 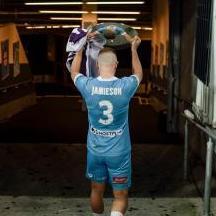 So true, at the start of the season I viewed him as someone who may become disgruntled due to lack of game time but now he's one of the 1st on the team sheet for me.