Yeah well I've said its happening Who are you going to trust? 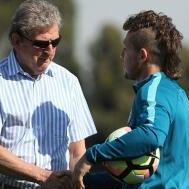