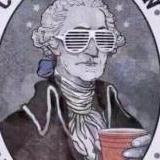 Going thru some old boxes today, found some old footy cards, scan a few of the good ones: