MCFC in the ACL Yes I’ve heard that we are looking at another French player, Berin Florenguer.

I don't know if there's even the smallest chance of us not playing ACL but if there is then this thread has fucked us. And even if were hundred percent in corona virus will fuck us. Basically we're fu 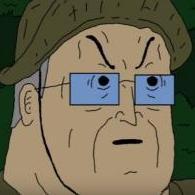