Unpopular Opinions That You Have. 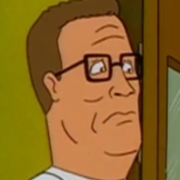 well they do say that age is just a number...

Both are caused by a chemical reactions in the brain which cannot be controlled by the person suffering from the effects. Some people manage better than others. Some people cannot manage at all. Most

Coffee is the most over-hyped, over-engineered load of wank of all time and tastes terrible.