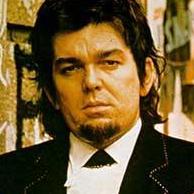 Ridiculous. This is complete nonsense.  How can you expect me to believe this when you haven’t even considered the round earth conspiracy? Bill Gates basically created the coronavirus years ago,

You've said some fucking stupid shit over the years on here. But this surely takes the cake

I was given this years quintessential wog theory to combat the Koronavirus. If you drink a teaspoon of olive oil every morning you cant catch the virus. The virus as everybody knows has spik